Contact
Previous Next
LLC Membership Interests in Chapter 11 – Can They be Sold Over Other Members’ Objections? 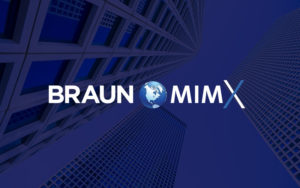 SALE OF A 2.6316% LP INTEREST IN CENTRAL POINT TUCSON LLC

Information on this website is intended to describe Braun’s MIMX platform to market interests in commercial real estate. This is not considered a complete description of services, and confirmation of services and offerings should always come directly from a Braun representative. Information published on this website is published in good faith and for general information purposes only. While information on this site is updated periodically, no guarantee is given that the information provided in this website is error-free, complete and up-to-date. It is intended to provide information about services available, does not provide legal advice or tax advice, and is not intended as a substitute for professional advice. In no event will Braun be liable for any loss or damages whatsoever, including special, indirect, consequential or incidental damages or damages for loss of profits, revenue, use or data arising out of or connected with use of this website or others linked to it.